Alchemy; as simple as I can make it and have a system that is still loosely playable. Still probably too simple. 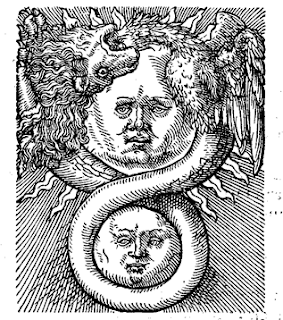 How to make a Potion:

All things can be reduced to either Oils or Powders by use of Alchemical Equipment. These substances produce a single, unchanging effect based on what they were derived from. At its simplest, Oils provide an adjective effect and Powders denote a particular verb or noun. A single Oil and a single Powder are combined to create a potion, the effects of any potion are the combination of the Adjective and Verb/Noun.

For example, an amateur adventuring alchemist slays two Blink-Dogs and reduces one into an Oil and the other into a Powder using his alchemical equipment. Using his Alchemical Equipment, he is aware of the effect the Blink-Dog Oil and Blink-Dog Powder will bring to any particular potion. (These effects are improv’d by the DM)

Having discovered these effects, he (and the DM) log the effects into a codified alchemical grimoire for future reference. Before the Alchemist can make his Capricious Teleport potion (drinking this potion will cause random teleportation), he must select a Catalyst. Catalysts are rare and collectable magical artifacts that allow and modify the synthesis of potions. Catalysts dictate the Tone and Potency (and flavour) of the Potion. (the effect of Catalysts are known only to the DM)

The Alchemist only has one Catalyst, A Hand of Glory, a Catalyst of medium potency that makes potions Gothic. It takes 4 hours to distil a potion, but when complete the potion is recorded as 'Potion of Capricious Teleport (Hand of Glory)’. The Catalyst used, means that this Potion will last for 10 minutes and each teleport will be accompanied by a cloud of black, sulphurous vapour and an almost silent screaming sound.

Addendum: Oils and Powders are used up during potion distillation. Catalysts and Alchemical Equipment remain unconsumed.

Potions only ever have two ingredients, 1 Oil and 1 Powder.

Unless very large, most creatures or objects can only be reduced into a single batch of a single ingredient.