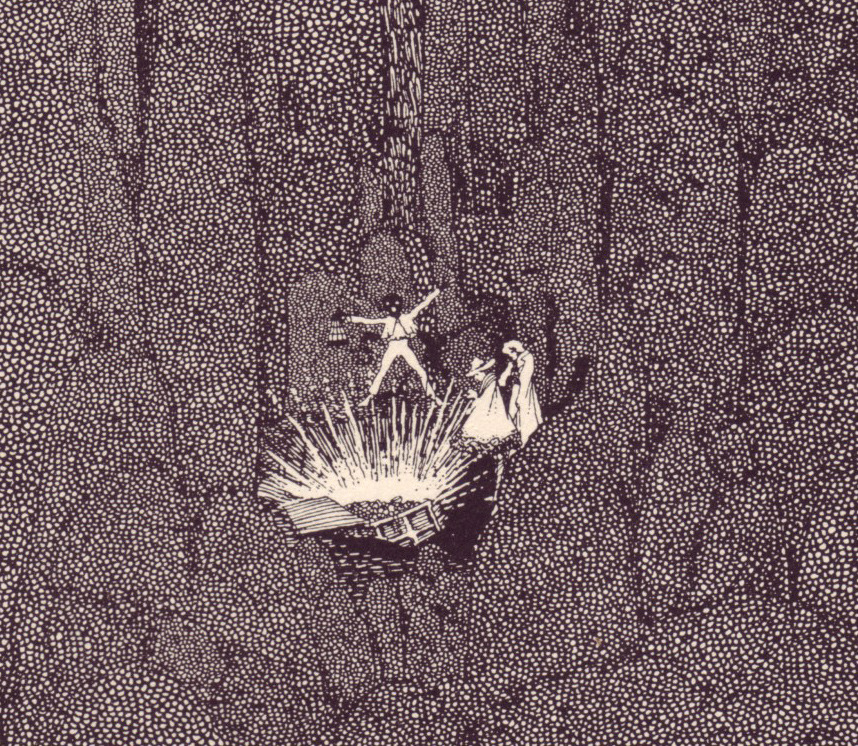 --
I made this 'encounter' table quite naively on a whim during meetings when I should have been paying attention and making notes. I hope it's still useful!
--

This encounter table takes inspiration from British folklore and was written to allow its use with any system. To help me write the table I have situated the encounters in a setting called the Backwoods, a wild and underpopulated province of a largely civilised country. The encounters should be enough to generate all you need in order to run a Backwoods adventure as the table was written with the sense that all the encounters are located within close proximity of one another and interact with each other. You should be able to draw stories out of the table, if not a narrative should emerge during play.
The lack of few direct encounters is very purposeful, it adds a sense of '''‘realism’''', creepiness and allows the players agency in whether or not to go looking for something that might ruin their lives.
The Backwoods are composed entirely of forest, so unless otherwise stated all action takes place in very heavily wooded, ancient countryside. It’s important the PC’s don’t leave the path. Terrible things happen in the woods.
The table can be used for settings equivalent to the early middle ages all the way through to the 18th century.
--
The Backwoods encounter table
--